The nation of India is one of the nations that rank among the biggest and most populous in the world. Using a variety of big and local financial institutions, the nation serves its millions of residents with banking and financial services. Citizens have the option of becoming clients at any bank of their choice, at which they will be provided with banking services as well as other financial assistance such as loans, investment plans, and insurance policies.

However, the Reserve Bank of India (RBI), which is in charge of all financial systems, oversees the operations of each and every bank in India. The Reserve Bank of India (RBI) is responsible for holding India’s banks accountable and providing them with guidance in order to facilitate efficient commercial operations. Additionally, concerns about customer satisfaction are investigated by this organization in the event that clients have difficulties at their respective bank locations.

The person holding the account is the one who should first file the complaint with their specific bank and initiate the complaint process, which the bank is obligated to resolve. The Reserve Bank of India has provided each bank with a certain amount of time in which they must handle the cardholder’s complaint.

In the event that the banks take an excessive amount of time, the Reserve Bank of India will step in on behalf of the client to implement the Banking Ombudsman scheme from 2006.

What is Banking Ombudsman? 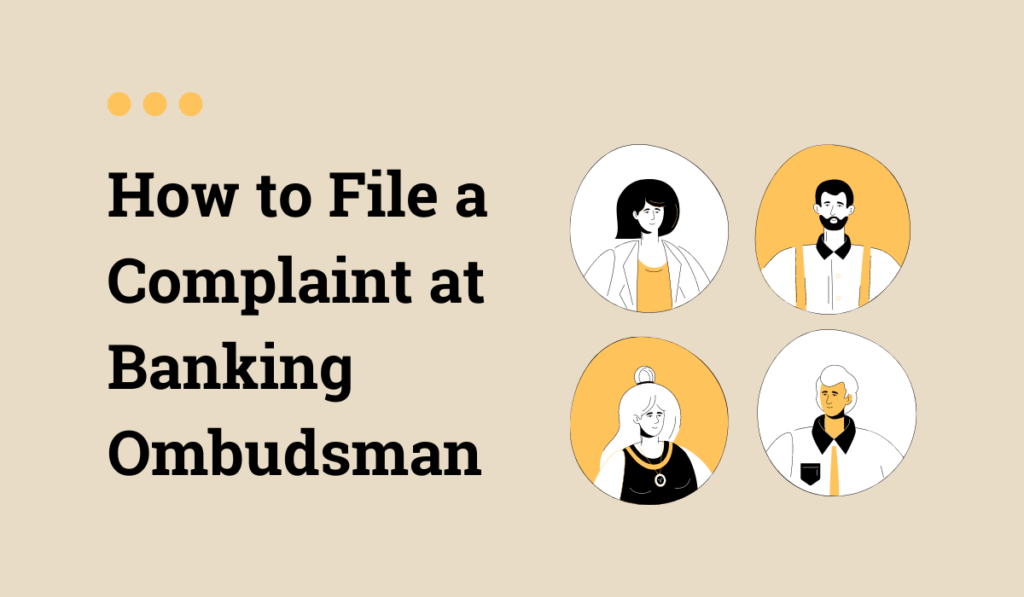 When a bank client files a complaint about a particular banking or financial service, the Reserve Bank of India (RBI) assigns official staff to assist with the investigation and resolution of the complaint. Only if the complaint has been pending for longer than the number of days specified by RBI does the staff come into play.

The applicants’ complaints will be handled by the Banking Ombudsman, and the staff would be liable for the instructions issued by the RBI. The Governor of the Reserve Bank will receive a report from the Banking Ombudsman on the 30th of every June of each year. He is obligated to summarise the situation and provide a broad evaluation of all of the activities that were carried out in his office during the previous financial year.

Reasons for a complaint can be filled with the Banking Ombudsman.

Although the RBI has established a number of standards that the banking ombudsman must adhere to, not all complaints are taken into consideration. Customers who want to know what steps they may take to advance to higher levels should study the scheme’s Act.

How to Fill a Complaint with The Banking Ombudsman?

Complaints may be submitted by applicants by email; to lodge a complaint to the Banking Ombudsman via email, applicants can go to https://www.rbi.org.in/commonman/English/Scripts/AgainstBankABO.aspx. Applicants have the ability to make a complaint using email services.

The claim is immediately received by the authorities, which then resolve it within a month’s time. The applicant may appeal the judgment to the customer court if they feel that it does not adequately address their concerns.