The national government is debating whether or not to launch a program in order to address this issue. This program is officially known as the PM PRANAM Yojana (PM Promotion of Alternative Nutrition for Agriculture Management Scheme). The primary purpose of the PM Pranam Yojana is to lessen the financial burden imposed by subsidies on chemical fertilizers.

If you are a farmer, you are required to read this piece of ours all the way through to the end. Because we will explain to you what the benefits of the PM PRANAM Yojana will be for both the Central Government and the farmer brothers around the nation, we want you to pay attention.

The central government is starting the PM PRANAM Yojana to cut down on the rising cost of chemical fertilizer subsidies. Because the government will have to pay Rs 2.25 lakh crore in subsidies in 2022–23. This will be 39% more than what was done last year. According to a report in the “Indian Express,” the PM Pranam Yojana will not have its own budget.

It will be paid for with money saved from subsidies for a fertilizer that is already in place through programs run by the Department of Fertilizers. Half of the money saved on subsidies will be given as grants to the states that saved the most money. 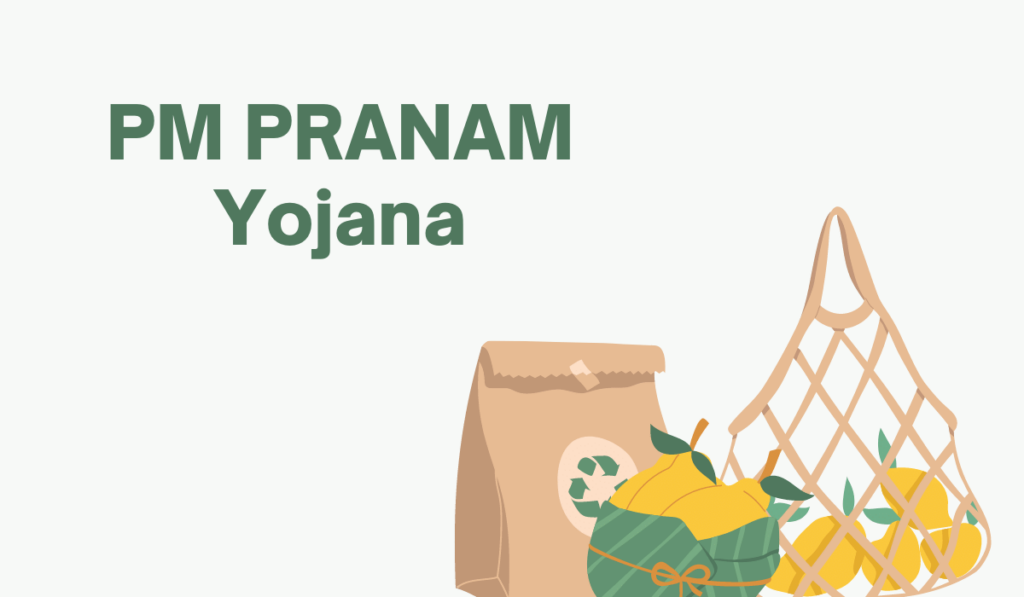 70% of this State Government grant will be used to adopt new technology and create assets for alternative fertilizer production units in villages, blocks, and districts. The other 30% will go to farmers, Panchayats, Farmer Producer Organizations, and farmers. To reward and encourage Self-Help Groups that will work to reduce fertilizer use and raise awareness.

Now, this number will go up like this every year. Because the farmer brothers use a lot of chemical fertilizers everywhere in the country. The central government has thought about starting the PM Pranam Yojana because of this. With this plan, the government will not have to pay as much for chemical fertilizer subsidies.

The central government and the farmer brothers will both directly benefit from the PM Promotion of Alternative Nutrition for Agriculture Management Scheme. With this plan, the growing cost of chemical fertilizer subsidies will be eased. In 2022-23, the cost of subsidies is expected to be Rs 2.25 lakh crore, which is 39% more than it was last year.

Chemical fertilizers are being used by farmers more and more all over the country. The scheme is being thought about as a way to cut down on this use and reduce the cost of subsidies. Under the PM PRANAM Yojana, the central government will give grants to the state governments to help them build assets related to the adoption of technology for alternative fertilizers and production units for alternative fertilizers at the village, block, and district levels.

This grant will be paid for by the money saved from subsidies for a fertilizer that is already in place through programs run by the Department of Fertilizers. The report says that the top officials of the Union Ministry of Chemicals and Fertilizers, who are in charge of this plan, told the state government officials about the plan at the National Conference on Agriculture for the Rabi campaign on September 7.

What is the present status of the scheme?

According to the report, the PM-Pranam scheme was thought up by the Ministry of Chemicals and Fertilizers, and its top officials talked about it with state government officials at the National Conference on Agriculture for Rabi Campaign on September 7.

The Center has asked the states what they think about the proposed scheme. At the same time, the ministry has also started talking with other ministries about the plan. The PM Pranam Scheme format will be finalized after all the relevant departments have had their say.